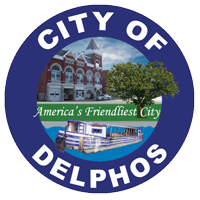 The City of Delphos is a body politic and corporate established to exercise the rights and privileges conveyed to it by the constitution and laws of the State of Ohio.  The City is directed by a seven-member Council elected for four year terms.